We promise you will be happy with your choice to get in touch with us. However please make sure to read our Terms & Conditions.
Share
Altida News 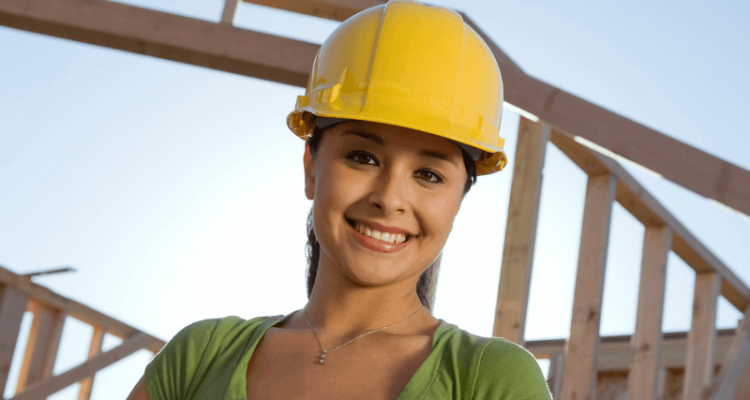 Tomorrow is International Women’s Day so in this week’s blog we are looking at women in the construction industry, and more specifically, the crane industry. Can women drive cranes? Is there a place for women in the sector? Let’s find out…

WOMEN IN THE CONSTRUCTION INDUSTRY

Construction has always been viewed as a ‘men’s industry’, lacking in female representation across all levels, and especially senior positions. Times are changing though but the industry is still disproportionately made up of men and it is thought that unconscious gender bias may be one of the reasons many women are not attracted to the industry.

Last year, Randstad produced a report on women in construction; their researchers found one in every five board members in construction is a woman while FTSE (Financial Times Stock Exchange) 100 boards comprise of 28% (1 in 4) female members. Those figures have dropped since, and there is a renewed effort to attract women back to the industry.

The survey conducted by Randstad, which is included in the report, found that the industry is actively trying to remove gender bias; the businesses surveyed reported that they had specific initiatives to make the industry more attractive, with 22% of respondents saying they were promoting female role models in the industry, and 22% saying that they worked with schools to promote the industry to girls.

The message is clear; there are roles for women in the industry, at all levels, but women need to be encouraged and welcomed into the industry in order to progress further.

last year, Guardian photographer Alicia Canter photographed women working in the UK construction industry and spoke to them about their experiences, the write up makes an interesting read and demonstrates that women are happily working at all levels across the industry. Articles such as the Guardian one also serves a greater purpose – to set an example to other women thinking about moving into the industry.

WOMEN IN THE CRANE INDUSTRY

It isn’t known how many women work in the crane industry in the UK; it’s estimated that it must only be a handful though.

The previously mentioned Guardian article features one of those women; Katie Kelleher who has been working as a crane driver for four years after a career switch from the recruitment industry.

Reading Katie’s story is encouraging; she reports that it can be tough in a male-dominated industry but that she loves her job and was even very fond of her first crane, saying;

“I got really attached to my first crane. You’re living in it for 11 or 12 hours a day. You keep it clean, you know where everything is, it becomes your living space. I’ve seen people cutting out carpets for theirs, leaving their shoes outside. My first crane was a little 60 tonner, it was an LCR 1060, they’re lovely cranes, really nice. It felt like it was mine!”

Another female breaking into the male dominate crane industry is Casey Elsby, a crane operator for a major construction company. Casey echoes some of the findings that were in the Randstad report; she believes that construction should be promoted to younger women as a good career choice.

The careers are there and waiting – there is no reason why a woman can’t drive a crane, they just need to be made aware that the opportunity exists. The above examples show that women can thrive in the crane industry; there are women out there right now operating machinery – perhaps look up next time you see a crane and see if you can spot one!

Altida is always looking to recruit new talent and welcome more women into the crane industry whether that be as a crane operator or in another area. Take a look at our careers page and get in touch if you think you can make a difference to our business.

Mobile crane hire is our area of expertise – we have a huge fleet of cranes, and operators ready and waiting for your job. Get in touch if you are looking to hire a crane.