We promise you will be happy with your choice to get in touch with us. However please make sure to read our Terms & Conditions.
Share
Altida News, Crane Hire

The History Of Cranes 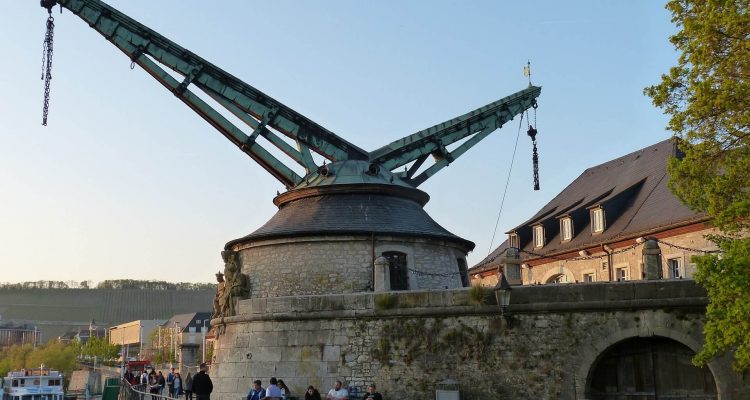 If you been reading the news this week, or if you’re a crane enthusiast like us, you might have read an article about how the Ancient Greeks developed the crane earlier than historians had suspected. A whole 150 years earlier! We found this pretty fascinating (did I mentioned we’re crane enthusiasts). So, we thought it would be the perfect opportunity to write about the history of cranes.

Cranes have revolutionised the world of construction. They are also an essential piece of machinery in a range of other industries including infrastructure, rail, events and the industrial industries. There is an impressive array of cranes, from tower cranes to all-terrain cranes. And it goes without saying, there is a crane for any lifting project. But where did it all began? Well, that would be in Ancient Greece.

The History Of Ancient Greek Cranes

Before the news last week, experts and historians believed that the Greek’s first invented and used a crane-like structure as early as 515 BC. Archaeologists came to this conclusion after finding distinctive cuttings for lifting tongs on the stone blocks of Greek temples.

Although, many historians also believe that a crane-like tool was first invented in Mesopotamia (modern Iraq) circa 3000 BC and used to lift water. However, it was the Ancient Greeks that invented a crane-like structure for construction purposes, which is still the purpose today.

It is thought the Ancient Greeks originally used ramps to move materials and build structures. But after the development of the winch and pulley hoist, crane-like structures replaced ramps. These crane-like tools were powered by men and donkeys.

The History Of Ancient Roman Cranes

When it came to the Romans, they were very much about maximalism. The bigger the building, the better. And so, they took the crane-like tool that the Greeks had invented and set about improving it in order to lift heavier loads.

Along came the Trispastos. A simple Roman crane, which featured a single-beam jib, a rope, a winch and three pulleys. The Trispastos enabled a single man to lift 150kg.

Then there were heavier cranes, such as the Greco-Roman Pentaspastos. This was a five pulley crane, which could lift up to 450kg. The largest of the Roman cranes, the Polyspastos, could lift a max of 3,000kg and required three ropes, five pulleys and four men.

The Romans worked hard to improve the crane and in return, had a far better lifting capacity than the Greeks ever did. Experts believe that the Romans used multiple cranes at once to construct some of their buildings, such as the Temple of Jupiter at Baalbek.

The History Of Cranes In The Middle Ages

The Medieval times saw the return of the treadwheel to power cranes. This had been briefly used by the Romans but hadn’t been used since the fall of the Roman Empire. Treadwheel cranes were put to use at harbours, mines and building sites around Europe as they offered a cost-effective and efficient way to vertically transport goods.

During this period, the crane was a crucial tool in the construction of the many Gothic cathedrals dotted around Europe, including the incredible Kölner Dom in Germany. As cranes evolved throughout the Middle Ages, they became a staple of construction sites across Europe.

The Birth Of The Hydraulic Crane

As the Industrial Revolution took a firm hold, the demand for cranes only increased further. Many of the earlier cranes had been constructed from wood, however, this was swapped out for more popular materials such as cast iron and steel during the industrial revolution.

During the industrial revolution, cranes were being used regularly outside of the construction industry. Many were installed at harbours to load cargo quickly and effectively. Because of the high demand, cranes continuously evolved throughout this early modern age.

It was during the industrial revolution, in 1838 to be exact, the industrialist and businessman William Armstrong designed the first hydraulic water powered crane.

The crane allowed our predecessors to build the magnificent and iconic buildings and temples around the world that still stand today. So many aspects have shaped this fascinating piece of equipment into the modern-day crane we used every day in a variety of industries.

Today we have mobile cranes, tower cranes, crawler cranes, telescopic cranes, rough-terrain cranes and many others. Each with various abilities, functions and lifting capacities. Modern-day cranes have enabled us to create some of the world’s very best structures, including the Burj Khalifa in Dubai and the Empire State building.

Here at Altida, we are experts in everything to do with lifting and can make the process of hiring cranes, simple and straight forward.

We have a wide range of cranes and are regularly investing in the latest technology.

If you would like more information about any of our services, you can get in touch with us at sales@altida.co.uk or call 01246 261915. Or, you can fill in the contact form here. We’d be happy to help!